In the period from June 2016 to June 2017, the Brazilian Development Bank (BNDES) applied a series of structural and operational changes. Among the announced modifications, several have an impact on the bank’s environmental and social management. In addition to these, the bank also made progress on the implementation of its Environmental and Social Responsibility Policy (PRSA), taking action that was included in the Multi-Year Plan of the PRSA (2014-17). Based on the monitoring conducted by SITAWI Finance for Good over the period, twelve key changes were identified in four areas: Governance, Operational Policies, Monitoring of Operations and Fundraising. 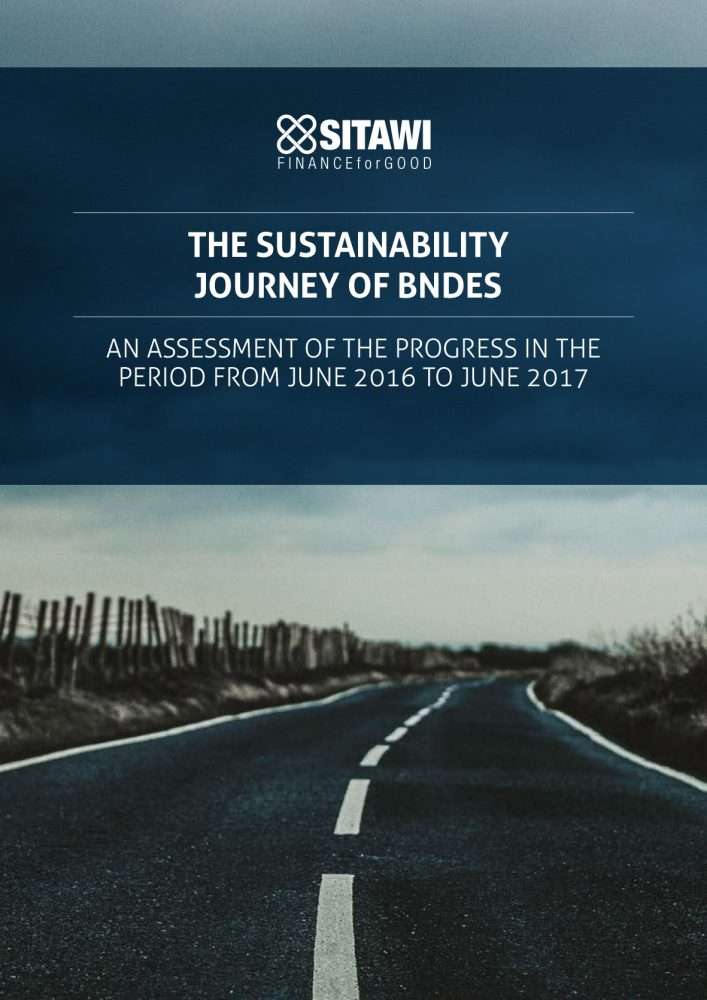